Most people want to wake up early. Very few do.

I wake up at 5 a.m. for about four months already, and it feels like a whole different world. In this article, I cover my previous mistakes, how I managed to do it from the fifth try, and how you might benefit from waking up early.

Disclaimer: this is not for everyone, both biologically and socially. More on this at the end of the post.

IT IS WELL TO BE UP BEFORE DAYBREAK, FOR SUCH HABITS CONTRIBUTE TO HEALTH, WEALTH, AND WISDOM.— ARISTOTLE

I always wanted to wake up early.

There’s something magical to this feeling of an early morning. When you know that everybody is still sleeping. When you feel a bit ahead of the world.

But changing my waking schedule turned out to be tough.

I tried to start waking up at 5 a.m. five times. I even started an accountability challenge with a buddy of mine earlier this year, where we’d woken up at 5 and posted pictures to the chat. All these efforts failed.

My biggest mistake was that I had no clue how sleep worked. I kind of knew I needed 8 to 9 hours in bed, so instead of just shifting my waking schedule, I also went to sleep early from day one.

Chances that you’ll succeed at falling asleep four hours earlier than you usually do from the first try are meager. You’ll do much better if you push yourself through the struggle of the early wake up for a week or two weeks while still keeping the same schedule when you go to bed, and then naturally shift that to whatever works for you (I usually fall asleep at half-past nine).

From the fifth try, I managed to stick to it. Four months later, I think it’s one of the best decisions I’ve ever made.

It’s obviously not true because everyone has their 24 hours in a day, but it definitely feels like it.

To explain why I need to give you a quick overview of what used to be my daily routine when I was waking up at about 9 a.m. (as most people do).

I wake up, get out of bed (this used to be two different times), have breakfast, and go to the office. I spend all day there working, and then come back home exhausted in the evening, about 8 or 9 p.m. I feel empty and mentally tired, but I don’t want to go to sleep (I usually go to bed at 12 or 1). So I fuck around for an hour or so, lying on the sofa and watching YouTube. Or waste the whole evening altogether.

When I started waking up early, the structure of my time changed.

Because I’m at the office at 6 a.m. already, I get everything done by 4. And when I go back home, I don’t have that feeling of tiredness and mental exhaustion anymore because it’s still light (natural melatonin levels are low), and I feel like it’s the middle of the day. So it’s much easier for me to do the context switch and start learning biology, which I wanted to start doing for quite some time. Or I can go and have a bike ride and really enjoy it because the sun is still up. Or watch the sunset on a riverbank and read a life-enriching book. You name it.

2. More Energy In The Morning

When I was waking up at 9 or 10, I had to check my phone right when I wake up because there might have been essential messages from the team waiting for me (obviously, not true; if it were important they’d call me in the middle of the night). But I did that anyway, and then it’s like 10:30, and I’m still in bed with my phone, scrolling Facebook. Miserable picture.

When I started waking up at 5, that tendency disappeared. I feel like the time is more precious now. I really value those early morning hours and don’t want to waste them on Facebook. And that’s why I have more energy and power within myself to get on with the day.

One of my best excuses for not exercising in the morning was that I had no time. “I wake up at 10 and have to rush to the office, what exercises are you talking about mate??”

I don’t have that excuse anymore.

I have all the time in the world, and it became much easier for me to stick to my healthy habits. Moreover, it feels like this time really belongs to me. I go outside every day no matter what the weather is like and do either a short run or a 20-min stretching plus HIIT (burpees or stacking pushups) that charge me like hell for the day. I also do a cold shower and breathing exercises after the workout.

During these morning hours, I mostly write or work on some other creative tasks like designing or problem-solving when I don’t need to be connected to the internet to get it done.

In two months, I’ve built a habit of writing for an hour or so every morning (I’m writing this at 6:20 am), and it delivered results: I have published 15 articles in two months.

There’s also some science as to why we’re more creative in the morning.

When you're awake, brown metabolites will come out, and they'll go in between the junctions. They're essentially toxins in your brain. And they kind of sit there and affect your judgment and creative thinking.

That's why, when you stay awake longer and longer time, it's more and more challenging to think clearly. You might remember how you felt at the end of an all-nighter at college, right?

But when you go to sleep, your cells shrink. And because they shrink, it allows fluids to wash by the cells and wash these metabolites out.

So a significant part of sleep is just the housekeeping, the cleaning that takes place, that allows your brain to function so much more effectively. And guess when your head is the cleanest? In the early morning.

It feels so good to have most of your work for the day done by 12. It really does, trust me. It allows you to be more proactive about choosing what to work on. And it gives you mental power to do even more.

Whereas if you arrive in the office by 10:30, then spend half an hour getting your shit together and having some coffee with colleagues, you end up having nothing done by 12, and it’s like already lunch. So you finish your lunch at one and look at your giant backlog of tasks for the day, and you’re like, “Fuck.”

There’s something competitive in our psychology.

When I go outside to do my morning workout at 5:10, none of the windows have their lights on.

Not a single one in an entire building.

And it feels like I’m a bit ahead of the world.

7. More Time For Myself

When you wake up early, you get most of your tasks done by say 12 and all of it by 4. All of it. That means you’ll have some time for yourself in the evening when it’s not crazy dark yet and that you can really enjoy it.

I listen to some jazz and drink chicory root powder or play guitar and watch the sunset. Sometimes I go out for a walk or meet friends. It feels amazing. It feels like I’m in control of my life.

Whereas if you wake up late, you end up working late to get your stuff done, and you arrive back home exhausted, it’s dark, and you only want to binge-watch Netflix and eat crap before falling asleep and waking up to another day in the Matrix.

It might all sound rosy, but there’s no such thing in life as free lunch.

If you want to pursue the early wake-up path, you need to be aware of the sacrifices that you’ll have to make, so that you end up being prepared when they bite you in the ass.

If you’re an “owl” (the type of person who performs best at night), then this is not for you. Unfortunately, our circadian rhythms cannot be changed that much. You can shift your waking schedule for 30 to 60 minutes to both directions, but if you try to do a radical change, it won’t work out well. That’s just how it works.

Besides these things, I think you will benefit from waking up early. At least you can try this for a month or two. At the end of the day, it’s better to try and fail than regret not trying.

I’ll leave you with this short parable by the unknown author:

P.s. Once in a month or so I let myself go to a bar or have a long conversation with a friend until midnight. It makes me happy, and that is worth losing some sleep. 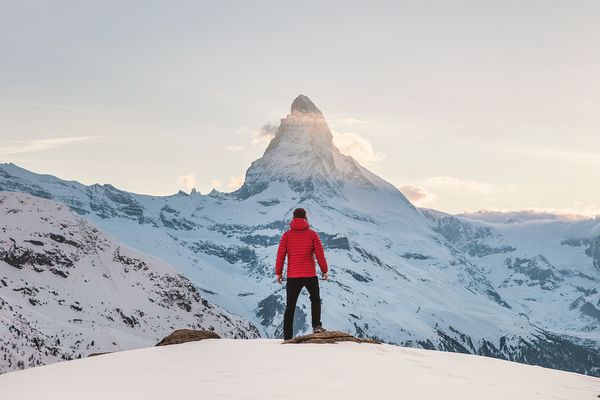 Fast and steady wins the race. 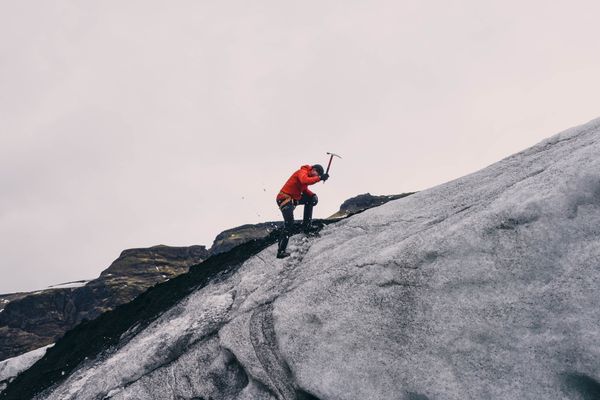 Focus on things that make you anxious, create fear of failure, and are not urgent, but important.