I’ve discovered this story about Feynman this Tuesday, and I’ve been thinking about it ever since. It’s one of those rare things that make you both happy and sad. I hope it will inspire your weekend as well.

Actually, I doubt that it was "progress" that most interested Richard. He was always searching for patterns, for connections, for a new way of looking at something, but I suspect his motivation was not so much to understand the world as it was to find new ideas to explain. The act of discovery was not complete for him until he had taught it to someone else.

I remember a conversation we had a year or so before his death, walking in the hills above Pasadena. We were exploring an unfamiliar trail and Richard, recovering from a major operation for the cancer, was walking more slowly than usual. He was telling a long and funny story about how he had been reading up on his disease and surprising his doctors by predicting their diagnosis and his chances of survival. I was hearing for the first time how far his cancer had progressed, so the jokes did not seem so funny. He must have noticed my mood, because he suddenly stopped the story and asked, "Hey, what's the matter?"

I hesitated. "I'm sad because you're going to die."

"Yeah," he sighed, "that bugs me sometimes too. But not so much as you think." And after a few more steps, "When you get as old as I am, you start to realize that you've told most of the good stuff you know to other people anyway."

We walked along in silence for a few minutes. Then we came to a place where another trail crossed and Richard stopped to look around at the surroundings. Suddenly a grin lit up his face. "Hey," he said, all trace of sadness forgotten, "I bet I can show you a better way home."

And so he did.

From Richard Feynman and The Connection Machine. 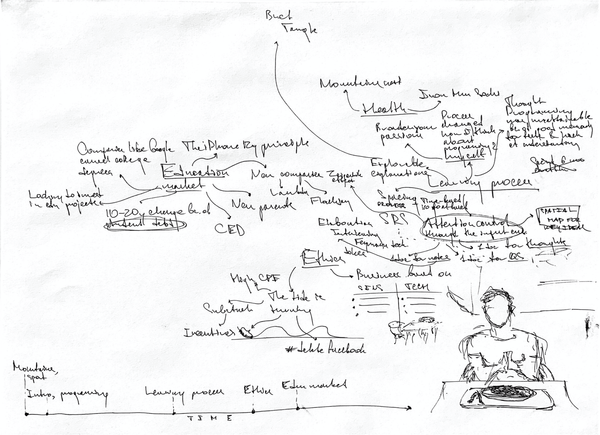 How I trained myself to remember 95% of a 2h meeting. 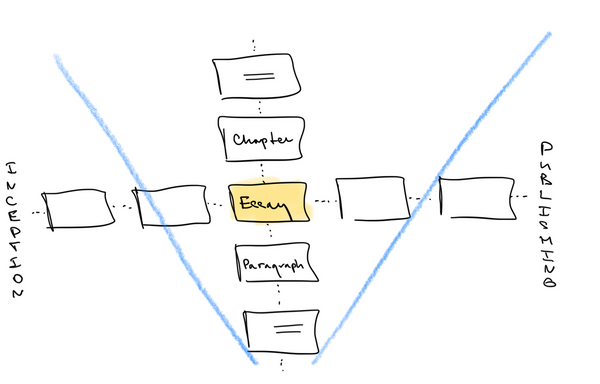 How to transform a vague idea into a structured outline in less than 10 minutes.